As the most reliable and balanced news aggregation service in the world, PSRepublic offers the following information published by The Daily Caller:

Kirk and Owens are best known for organizing thousands of conservative student activists with the group Turning Point USA, which Kirk founded. 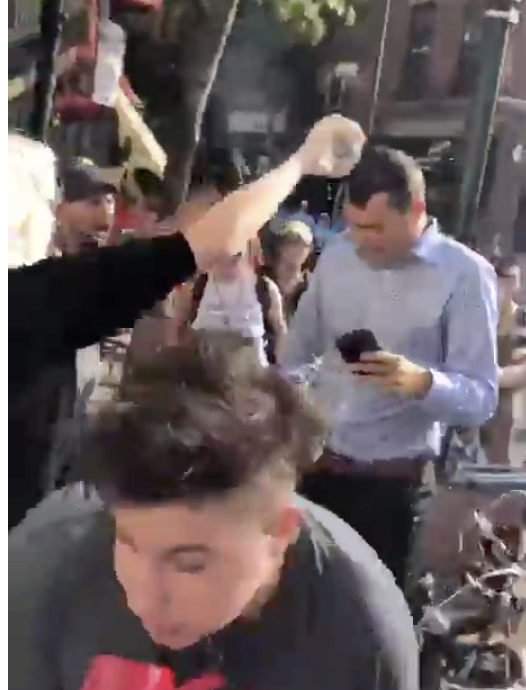 Protesters chanted “No More White Supremacy” at Owens, who is black, and Kirk, blew whistles and yelled in a megaphone.

Charlie Kirk and I just got ATTACKED and protested by ANTIFA for eating breakfast. They are currently following us through Philly. ALL BLACK AND HISPANIC police force protecting us as they scream “f*ck the racist police”. pic.twitter.com/x5WUNr9mM6

Police can be seen attempting to protect the two and escorting them from the scene.

To be clear: ANTIFA, an all-white fascist organization, just grew violent and attacked an all-black and Hispanic police force.

Because I, a BLACK woman, was eating breakfast.

Is this the civil rights era all over again? pic.twitter.com/piJfnopniW

Kirk said he was given the opportunity to press charges for the incident, but tells the Daily Caller that he has declined.

OPINION: Outrage Over Why Ohio Judge Ordered Red Tape On Man’s Mouth - Do You Support It? Next post